Help needed!
No, wait! This is not about money donations!

During the last months it has become harder and harder (to almost impossible) for me to fill in the missing pieces on this page, so I kindly want to ask for your help with the following "to-do"s on my list:

Many, many thanks for listening and your ongoing help and support!
November 2020

Thomas Dettbarn is constantly improving dMagnetic and turning his interpreter into a real gem for retro gaming enthusiasts. 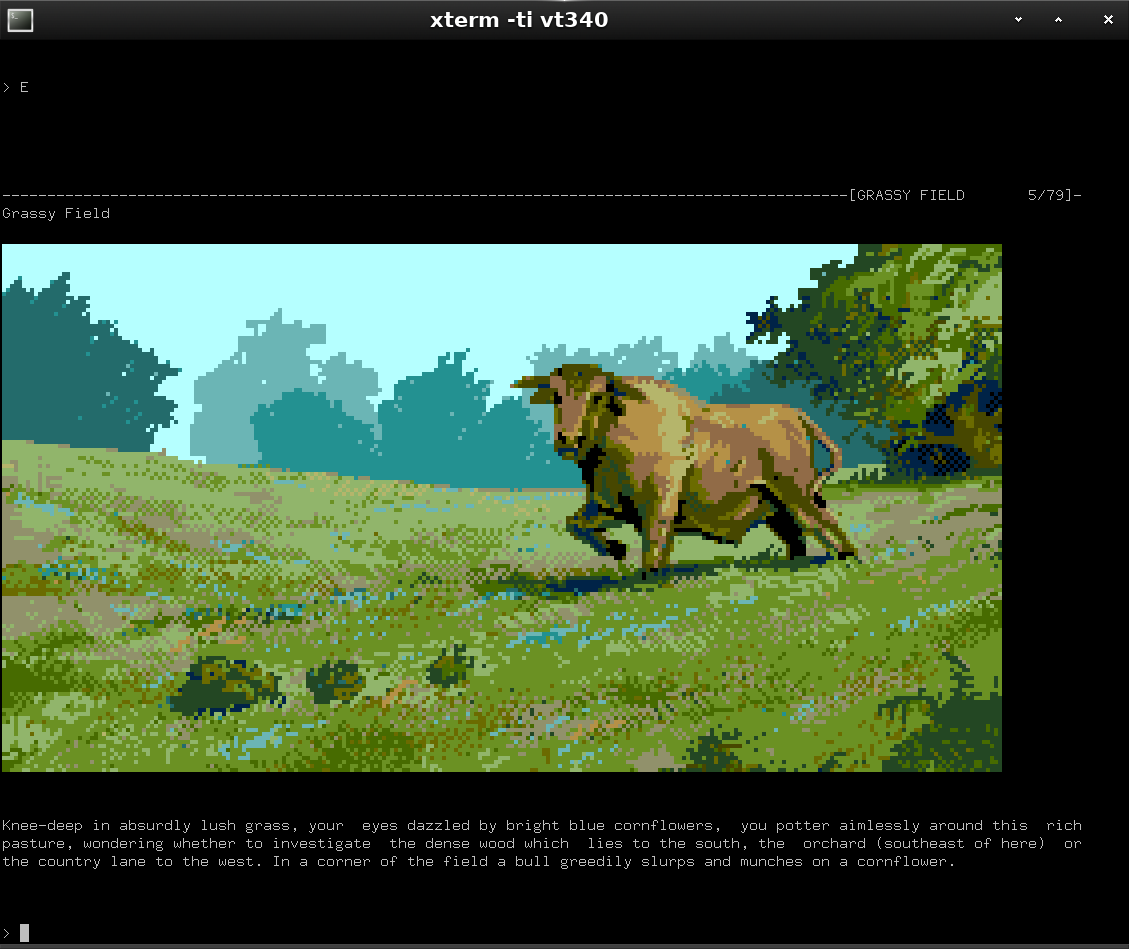 All the details are on Thomas' page: dMagnetic

Thomas Dettbarn has released a new interpreter for the Magnetic Scrolls games with some unique features like an ANSI renderer for the game graphics. The interpreter is still under heavy development, but making tremendous progess with each new version. It can already run all the games and recently introduced support for a graphical user interface based on glk. 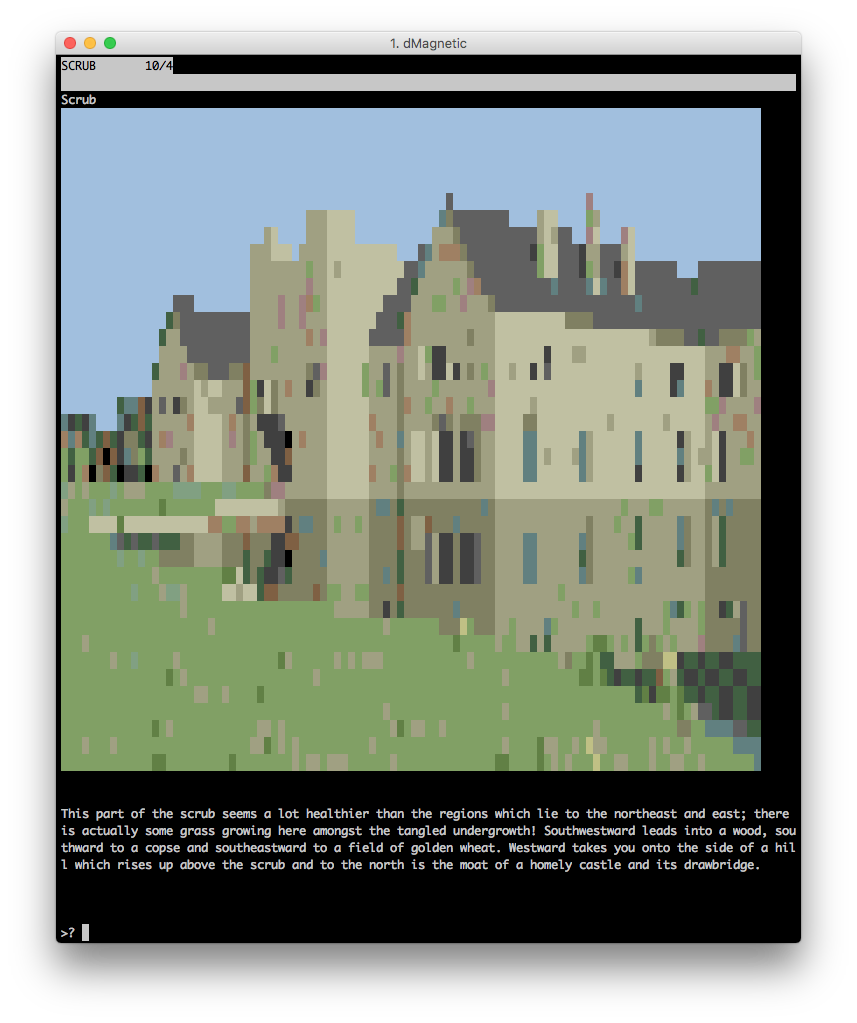 All the details are on Thomas' page: dMagnetic

Jinxter is back in the 2019 Remastered edition! 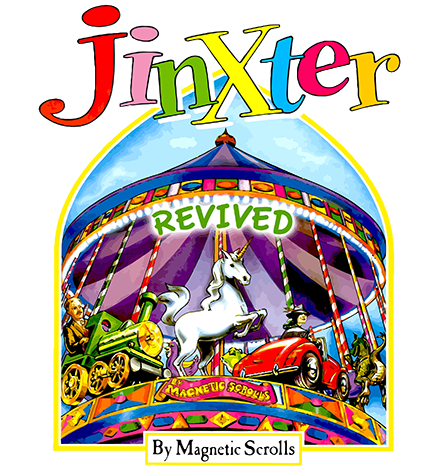 We worked hard to make it more enjoyable than ever!
All the details are at the Strand Games page: Jinxter Revived

Although we are in the finals steps for preparing Jinxter Revived, here is a small update before the year ends...

Unfortuantely, there are some sad news to begin with. A couple of weeks ago, John Molloy, who created the wonderfull Magnetic Scrolls music scores and co-created Fish!, lost his fight with cancer. Last year, John gifted us new music scores for the remasters of The Pawn and The Guild of Thieves. It is a big loss for all his family and friends, and for all Magnetic Scrolls fans. Wish he had more time...

There are only a couple of minor updates and corrections this time, most notably some corrections on the fact sheet about Magnetic Scrolls' development tool chain. Andrei Petrov has confirmed that Myth was also available for the Spectrum +3 and sent an image of the game disk. Thanks, Andrei!

Also a big thank you to Sebastian Berthet, who sent me scans of an adventure guide in French and the French version of the Corruption manual some months ago. Jinxter Revived had eaten up all my time, so the scans will have to wait until the next update. But I havn't forgotten about it, Sebastian!

The Guild of Thieves - Restored

The Guild of Thieves - Restored is also available for iOS now!

The iOS version has all the features from the desktop version and the Android version, including all the latest additions like the new icons.

The Guild of Thieves - Restored

Just in time for the 30th anniversary, The Guild of Thieves is back in the 2017 Remastered edition.

All the details are at the Strand Games page: The Guild of Thieves - Restored

The Pawn - Remastered is now also available for iOS!

The iOS version has all the features from the desktop version and the Android version, including all the latest additions, like enhanced pictures, themeing,...

Restoring The Guild of Thieves has already started!
June 2017

The Pawn - Remastered is now also available for desktops: Windows, macOS, and Linux:

All the details are at the Strand Games page: The Pawn - Remastered

It has been some time since the last update, but there was a good reason for this. There is incredible news. In the last months a new initiative emerged: Strand Games.

Strand Games was started by Hugh Steers - co-founder of Magnetic Scrolls and core developer. This initiative aims nothing less than preserving the works of Magnetic Scrolls, remastering the games to make them fun to play on modern devices and creating new adventures based on the Magnetic Scrolls technology and the follow-up Brahman.

What does this mean? For the first time in over 25 years the games become officially available again. But there is much more. There will be remastered versions of the games that are tailored for mobile devices! The remastering adds many enhancements to the games to increase the play comfort and remove shortcomings of the original games while preserving the story line: touch interface, auto-mapping, multi-undo, auto-undeath, and much more...

A public beta version of The Pawn Remastered for Android is available in the Google Play Store: 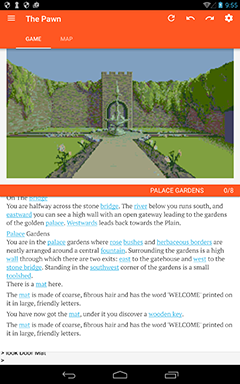 Versions for Windows, macOS, Linux are in the works. An IOS version will follow soon after.
The Android version costs $0.99 and unfortunately Google charges you for betas, either. But of course, this includes the final version. This money is only used for the hosting costs, the developer fees (Apple) and for restoring the original Magnetic Scrolls source code (which will be made available!)

This journey has just begun...

Welcome to the all new (and not so new) Magnetic Scrolls Memorial!

After procrastinating for a very long time about modernizing the Memorial pages - say getting rid of the almost 20 years old mess of Dreamweaver template code, HTML inline formatting and horrible table cascades - I finally got around to rewriting the pages.

To the long term visitors much of the "new" Memorial will look familiar. So at first sight you might wonder, what took me so long. But while the overall site structure has only slightly changed and of course the content was preserved, every single page was rewritten by hand (almost 100 pages). The first thought was to rebuild the pages with a CMS - and there are some pretty cool CMS out there.

However, the Memorial uses quite a bunch of different page layouts which had to be rebuilt with the CMS and after it took me so long to get rid of the Dreamweaver leftovers I was really loath to surrender to the next system. Eventually I decided to go without a CMS and code by hand (and the help of a great free framework called Groundwork CSS). The design of the site surely ever was and still is quite colourful and not in line with mainstream designs, but it is an oldskool page about oldskool stuff. Using a slick buisness design just did not feel right to me. So here it is...

But there is even more: The pages should be fully responsive now. The fonts should better adapt to the different devices, so general readability should be better. Many, many things were fixed and many minor or major additions are scattered all over the site.

Hope, you enjoy the new Memorial pages. Please let me know if you encounter problems. Surely there are things to be fixed in the weeks to come, but now that the site is in a maintanable state again, fixing problems and adding new materials should be much easier than before.
March 2016

Small note to Magnetic Scripts users: Unfortunatley the mail activation routine for the server repository accounts had a nasty bug which prevented the activation under certain conditions. Sorry for the trouble. I didn't know about the problem until today. If you tried to register for a save game repository and were not able to complete the activation with the activation mail, please register and activate once more. I hope, it is fixed now!

A real update to the site and Magnetic Scripts will follow soon. Stay tuned.

Real life has interfered, so the next major update of Magnetic Scripts will have to wait some more time. But just in case you have no idea what to do with all the free time over the winter holidays, I decided to push at least a small update to Magnetic Scripts, that fixes some of the bugs found so far:

A real update with some new features will follow next year. Stay tuned.
October 2015

This update brings to your enjoyment...

The following update will most probably focus on the next version of Magnetic Scripts... my todo list grew up to 50 entries, so it seems it gets time to work on it. Besides I will start with some under the hood work on the pages (e.g. getting rid of the Dreamweaver chains from the past and cleaning up the huge CSS/non-CSS mess). This might lead to some inconsistencies in the layout and appearance from time to time, but I plan to work steadily on it instead of the big overhaul that never gets finished.
September 2015

This update only brings a bunch of smaller additions and fixes:

30th anniversary of The Pawn

The Magnetic Scripts engine runs Magnetic Scrolls games directly in the browser. It is a port of Niclas Karlsson's great Magnetic interpreter to HTML5 and Javascript and has almost all features of the native Magnetic versions. Some highlights:

There is even more Javascript. For the first time you can try out the original QL-Pawn yourself. Click the logo for heading over to the QL-Pawn page and give it a try.